The Euro area has a new member. Croatia officially introduced the euro on January first, thus becoming the twentieth country to join the euro area, eight years after Lithuania did so in 2015. We would like to take this opportunity to provide you with some information about the newest member of the euro club.

Located in Southeast Europe, Croatia has an area of 56,594 km² and is thus almost twice the size of Belgium. In addition to its mainland territory, Croatia has more than 1,200 islands, including popular holiday destinations like Krk, Hvar and Brač. In total, only 48 of these islands are inhabited though. Despite its size, the country has only four million inhabitants, about a third of Belgium's population. One million live in Zagreb, the capital city. Furthermore, the country is home to a dozen UNESCO World Heritage Sites, including the Old City of Dubrovnik, the Plitvice Lakes National Park and Diocletian's Palace in Split.

Although Croatia is a sovereign state today, this has not always been the case. In the past, the country formed part of several great empires, including the Ottoman Empire and the Austro-Hungarian Empire, before being incorporated into the Socialist Federative Republic of Yugoslavia. In 1991, Croatia declared its independence from Yugoslavia. The international community subsequently recognised Croatia as an independent state, and it became a member of the United Nations in 1992.

Immediately after gaining its independence, Croatia introduced the dinar as its official currency. The Croatian dinar had the same value as the Yugoslav dinar and for one year both could be used. In 1992, the Croatian dinar became the country's sole legal tender. However, Croatia suffered from high inflation stemming from the economic crisis raging in the former Yugoslavia. Through the pursuit of autonomous monetary policy, Croatia managed to stabilise prices and build up international reserves. In May 1994, seven months after it was able to rein in inflation, Croatia introduced a new currency on its national day, namely the kuna. Together with a national anthem, flag and army, the kuna completed the list of defining attributes of a sovereign state. 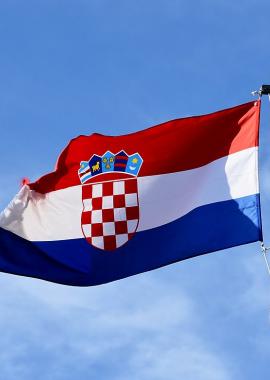 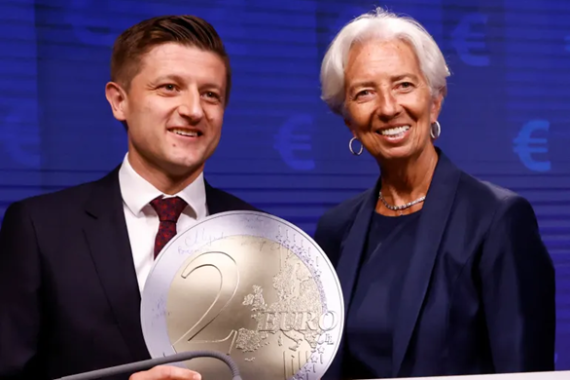 Although Croatia first applied for European Union membership in 2004, it was not until 2013 that its application was finally accepted. At that time, however, there was no talk of an immediate switch to the euro. It was only in 2017 that the Croatian National Bank, together with the government, began to cautiously consider adopting the euro. A roadmap for a smooth and gradual changeover was established. In 2020, the plan gained momentum. The European Central Bank (ECB) agreed to Croatia's request for close cooperation, and Croatia was admitted to the European Exchange Rate Mechanism (ERM II). This ensured the kuna a relatively stable exchange rate with the euro (with a margin of fluctuation of ±15%). In July 2022, the ECB set the kuna conversion rate at 7.53450 per euro.

As mentioned, ERM II membership helps to stabilise a country’s exchange rate. For countries that wish to join the euro area, this is a crucial condition. The Maastricht Treaty (1992) established the criteria to join the euro area, known as the convergence criteria. These include not only a stable exchange rate but also price stability and sound public finances. In July 2022, after the ECB had issued a positive convergence report, Croatia was given the green light to adopt the euro.

With the changeover to the euro, Croatia said goodbye to its national currency and the associated symbols. Indeed, euro banknotes are the same in all Member States. Euro coins, on the other hand, have a national side and thus leave more room for individual expression. What did the kuna look like and how is Croatian identity represented on the new Croatian euro coins?

From 30 May 1994 until 1 January 2023, the kuna was the official currency of Croatia. A kuna could be divided into 100 lipa. The words kuna and lipa derive from the animal kingdom and nature, respectively. This is a notable difference with many other currencies whose names are based on units of weight (think of the pound, dollar, dinar, etc.). Kuna is in fact the Croatian word for “marten”. The pelts of this animal were used as a currency in Southeastern Europe in the Middle Ages. For its part, Lipa means linden tree, to which frequent references can be found in Slavic mythology.

The images on the kuna and lipa give insight into the country's rich history and culture and abundant natural resources. Kuna and lipa coins featured local flora and fauna, such as a brown bear, a nightingale, an olive branch and a grapevine. The banknotes displayed portraits of prominent Croatians, on the front, and Croatian cities and architectural landmarks, on the back. 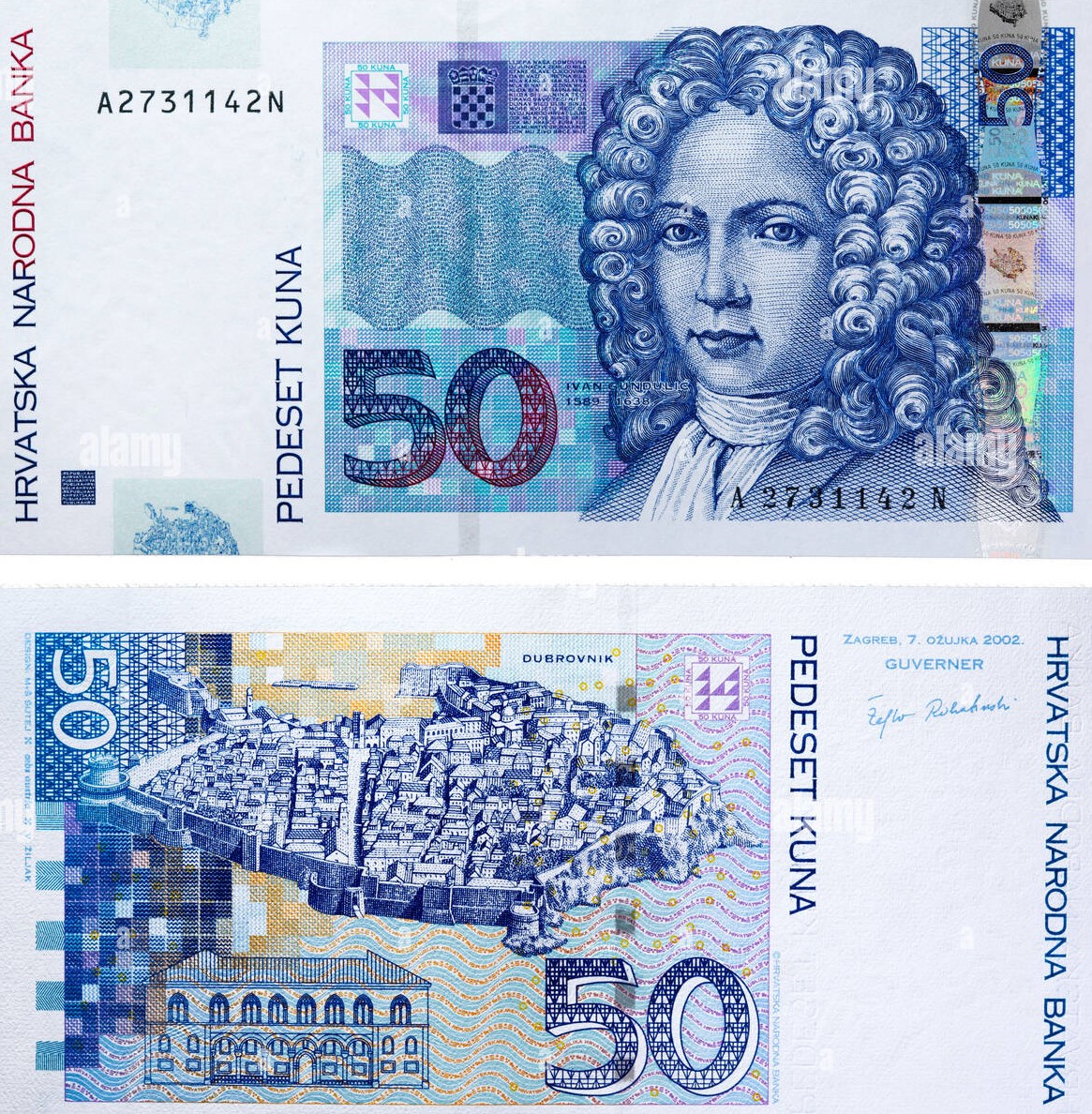 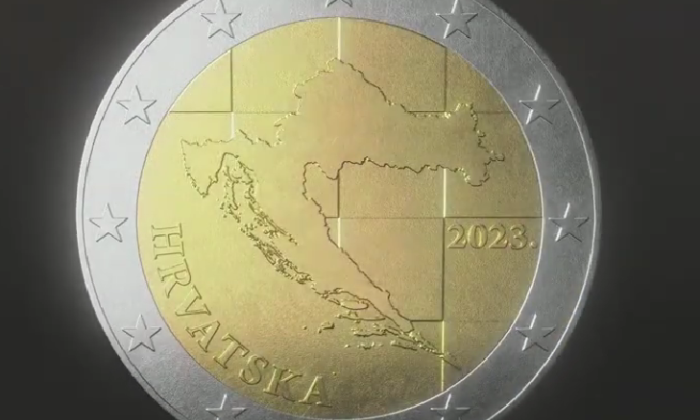 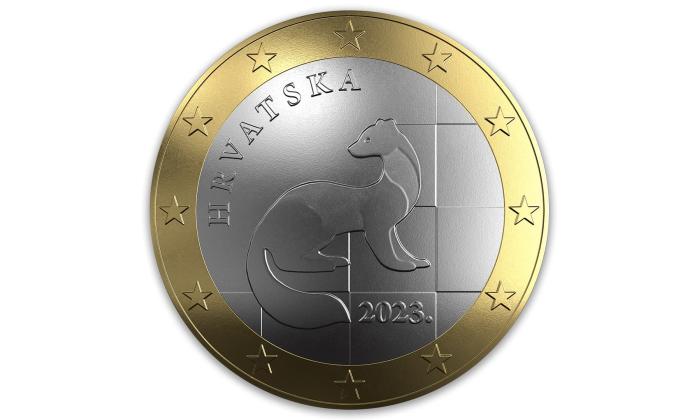 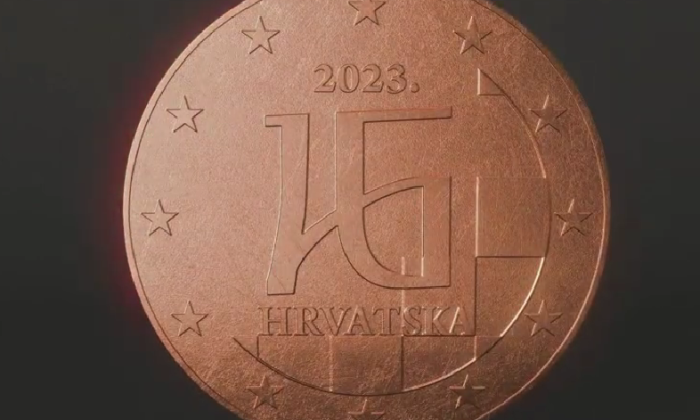 Preparations for the changeover to the single currency began in 2022. A public competition was launched to choose the designs for the national side of the new Croatian euro coins. On almost all coins, these designs are placed on a backdrop of the Croatian chequy or chequerboard pattern, which covers the Croatian coat of arms.

The €2 coin highlights the geography of Croatia, while the €1 coin features an image of a marten, in a nod to the former currency, the kuna. A portrait of inventor Nikola Tesla, who was born in Smiljan, a village in present-day Croatia, adorns the 50c, 20c and 10c coins. The 1c, 2c and 5c coins depict the letters HR, the abbreviation for the country’s name in Croatian (Hrvatska), in Glagolitic script, the oldest Slavic alphabet.

Thanks to Croatia’s entry into the euro area, exciting times lie ahead for numismatists, who will be able to seek out euro coins with a Croatian national side to complete their collections. Not a collector? You will probably appreciate the fact that it’s now possible to pay with euro in sunny Croatia!