Since the 7th century AD, paper has been used as currency in China. It was probably money lenders who first started the system by giving a certain value to the paper being exchanged in transactions taking place in their stalls. At the same time, merchants were developing the habit of depositing their metallic coins with their corporation in exchange for bearer notes called Hequan. Greatly inspired by this practice, the authorities encouraged traders to deposit their metallic money with the State Treasury. In return, they were given "compensation notes", called Fey-thsian or "flying money". By the 10th century, the Sichuan region was so prosperous that there was a shortage of copper money. And so, the first legal- tender notes were created: the Zhu Quan.

There’s no banknote without paper! That goes without saying, so it is not surprising that the banknote, or more precisely paper money, first appeared in China, as it was the Chinese themselves who were the first to invent… paper! And not only did they invent paper, but they were also the first to develop printing. China therefore had a natural predisposition to use paper money for the first time.

It is a well-known fact that the paper mulberry tree was already being grown cultivated in the Shang Dynasty (18th to 12th century BC) in the Valley of the Yellow River. The first traces of paper date back to the second half of the 1st century BC. But, at the time, it was not used as material for writing with brushes. Instead, the Chinese used linen, hemp, bamboo (cane) and bark of the mulberry tree. It was between the 2nd and 4th century AD that rapid progress was made: the quality of the pulp was constantly improved by using rattan and soaked bast of the mulberry so that it became possible to write on the new canvas with a paintbrush. Paper, which was less heavy, gradually replaced the former bamboo mats and became widely used. Administrative documents and reports for the Court were henceforth transcribed on paper. But the Chinese kept their vertical writing, read top-down, adopted in Antiquity because of the strips of bamboo tied together. 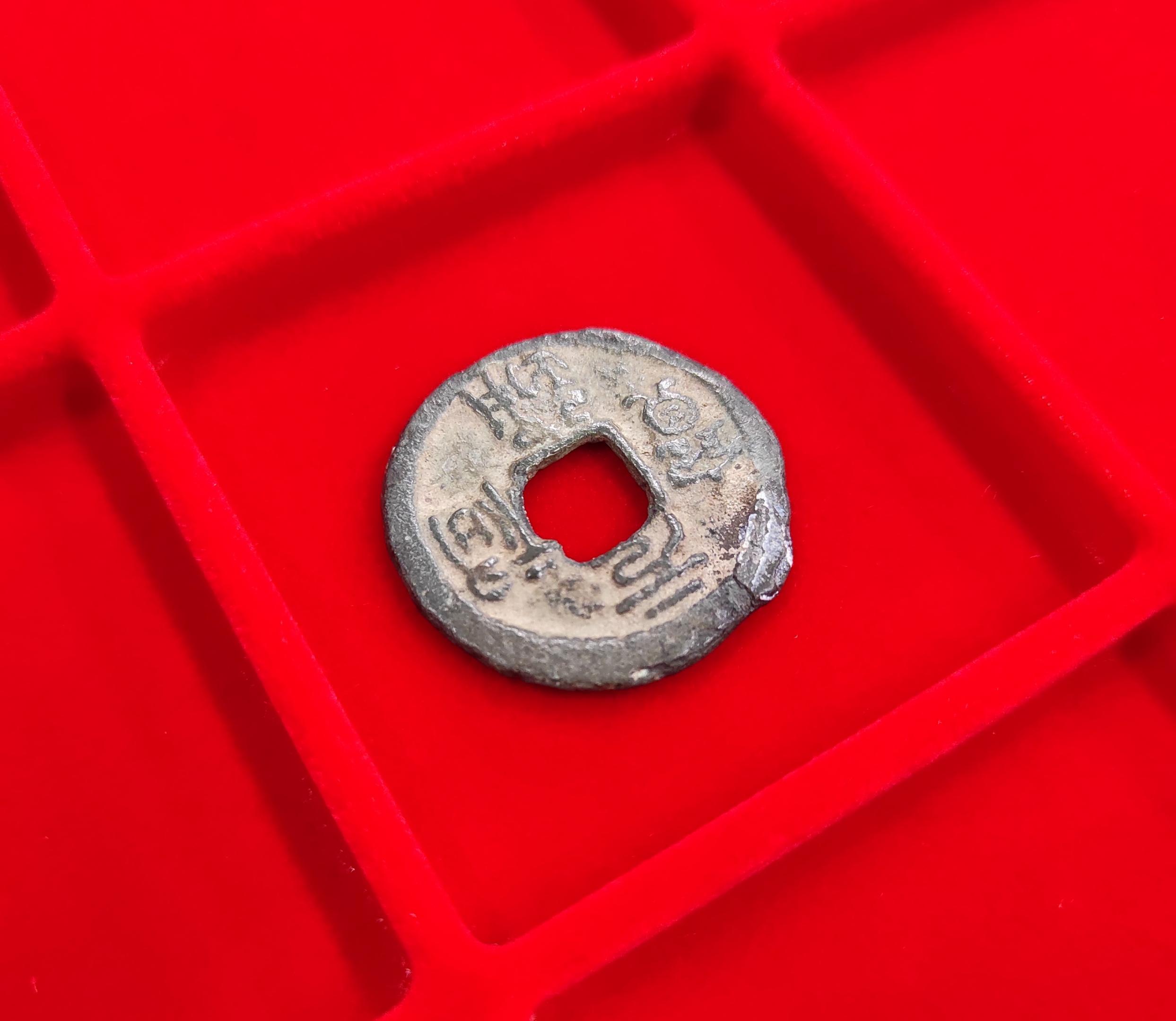 Under the Tang Dynasty (618-907), there was a growing need for metallic currency. The notion of credit was already familiar with the Chinese, who were ready to accept a piece of paper giving a measure of value. The origin of this transition to paper money seems to be linked with money lenders. From their stalls, they effectively used the medium of paper for their transactions, as these documents were worth a certain sum of money.

We also know that, around the 6th century, the copper that was needed to make Chinese coins (copper cash coins) became increasingly scarce. So, coins given as an offering or burial money for the dead to pay their passage to the other world were replaced by a note. But can we consider this as an exchange currency in this specific case? Of course not, but it is remarkable that also here paper replaces metal very smoothly.

At the end of the Tang period, traders got used to depositing their values with their corporations. In exchange, they received bearer notes or the so-called Hequan. These Hequan were a real success, and the idea was taken up by the authorities, who called on merchants to deposit their metallic money in the Government Treasury in exchange for official "compensation notes", called Fey-thsian or flying money.

Under the Song Dynasty (960-1276), booming business in the region of Tchetchuan likewise resulted in a shortage of copper money. Some merchants issued private currency called "Zhu Quan" in mulberry paper. These notes were covered by a monetary reserve which initially consisted of coins and salt, later of gold and silver. This was the first legal tender currency. In 1024, the government itself gave the issuing monopoly and under the Yuan Dynasty (1279-1367), paper money became the only legal tender.

It was during the Ming Dynasty (1368-1644), from 1380 onwards, following a government reshuffle, that the issue of notes was conferred to the Ministry of Finance.

Unfortunately, these notes were issued continuously without withdrawing the old ones from circulation, which led to an inflationary spiral. While, to begin with, in 1380, one guan was worth 1000 copper coins, in 1535, one guan valued merely 0.28 of a copper coin! 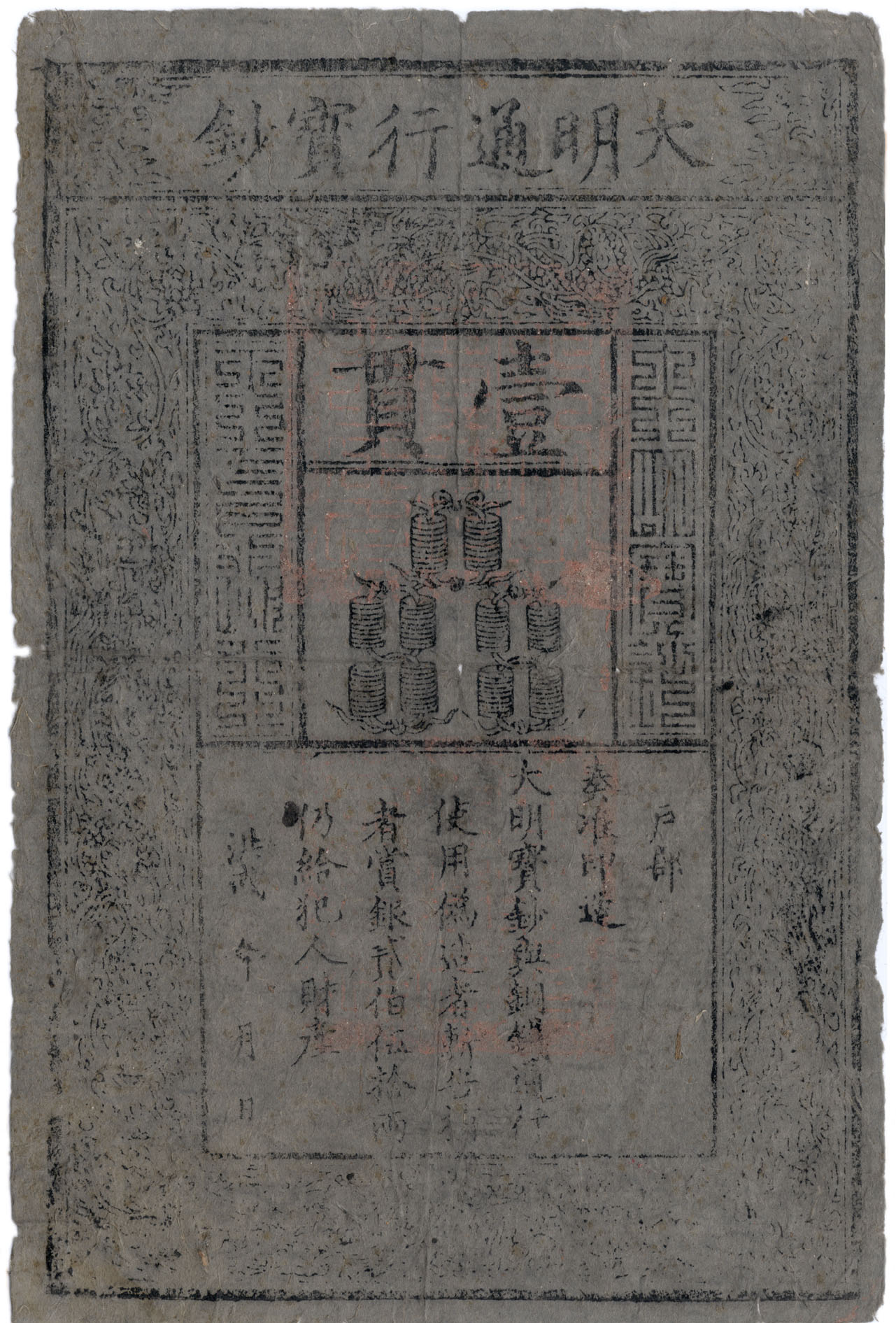 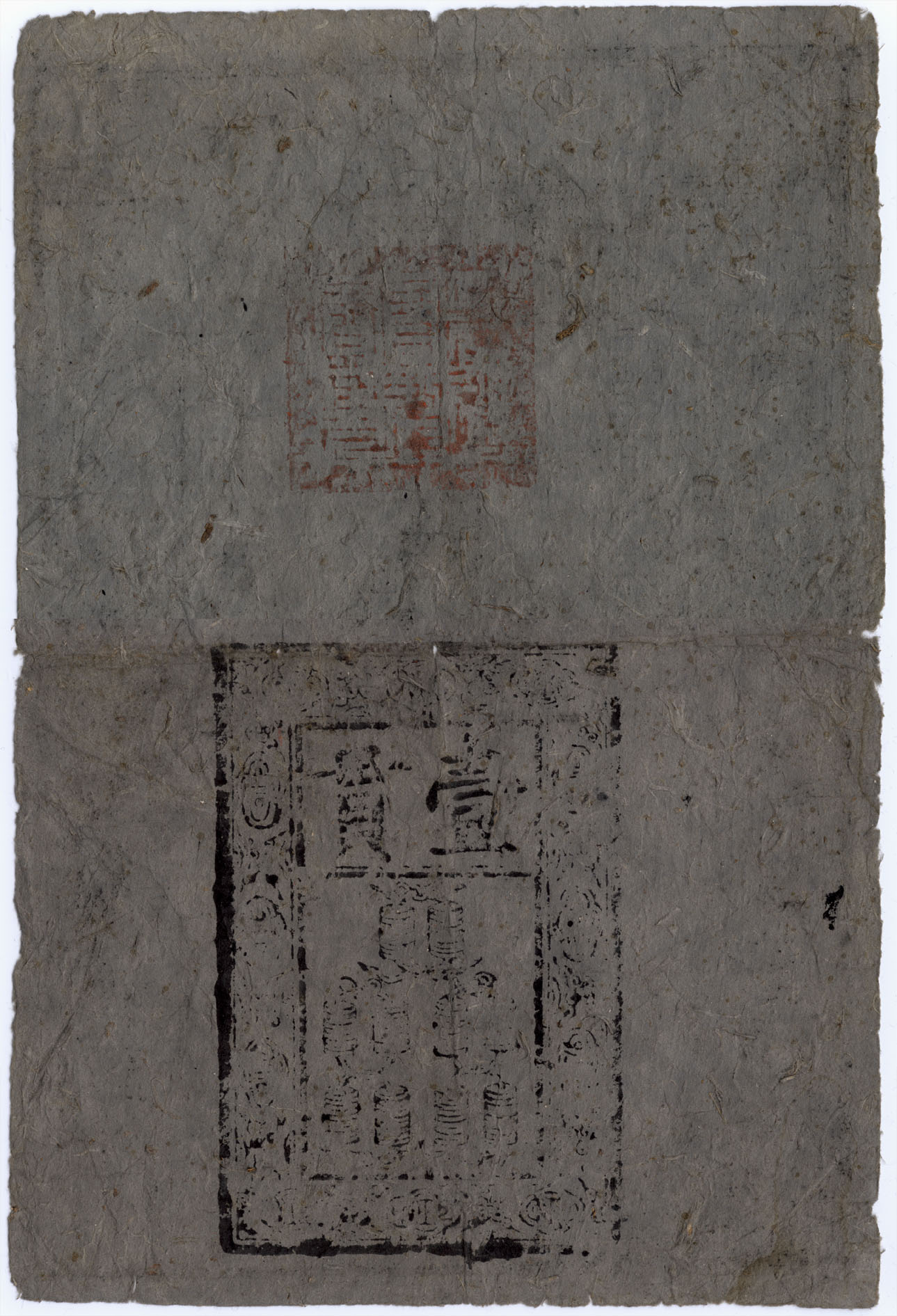 The banknote presented here and which you can find in the Museum’s Story of Money route dates from this period. It is large (340 x 221 mm) and printed on dark slate paper. In the heading, the issuer and the name of the founder of the Dynasty, Hung Wu, are mentioned. just underneath, the value “Yi guan” is indicated, which translates as "a ligature". The ligature is also depicted, in the form of ten little piles of coins.

Besides the decorations of entwined flowers and dragons, there are another two inscriptions in signet style to the right and left: "Note of the great Ming dynasty" and "Circulating within the Empire".

In the inferior cartouche, there is a long inscription, which reads from right to left, that tells us a bit more about the note. The two columns to the right indicate that the note was “Printed by imperial authorisation by the Minister of Finance”, while the four central columns read “The note of the Great Ming Dynasty circulates together with copper money. Forgers will be decapitated and those who can give information which leads to the arrest of forgers are offered a reward of two hundred and fifty liang of silver on top of the belongings of the forger". Finally, the last column on the left says “(made in the era) Hung Wu ___year ___month __ day”. The blanks had to be filled in by hand in order to give the year of issue, but this was never done, and the same date "Hung Wu" was used on the notes even after the end of his reign.

The most interesting description of this paper money comes from Marco Polo (1254-1324), the famous Venetian traveller who set off to discover the Far East. The banknote that he describes dates from the Yuan period, during which the Mongol chief Kublai Khan reigned (1214-1294). Thanks to his report, we now know about the fascinating world of paper money production. “It is in the city of Khanbalik that the Great Khan possesses his Mint. (...) In fact, paper money is made there from the sapwood of the mulberry tree, whose leaves feed the silkworm. The sapwood, between the bark and the heart, is extracted, ground and then mixed with glue and compressed into sheets similar to cotton paper sheets, but completely black. (...) The method of issue is very formal, as if the substance were pure gold or silver. On each sheet which is to become a note, especially appointed officials write their name and affix their seal. When this work has been done in accordance with the rules, the chief impregnates his seal with pigment and affixes his vermillion mark at the top of the sheet. That makes the note authentic. This paper currency is circulated in every part of the Great Khan's dominions, nor dares any person, at the peril of his life, refuse to accept it in payment." 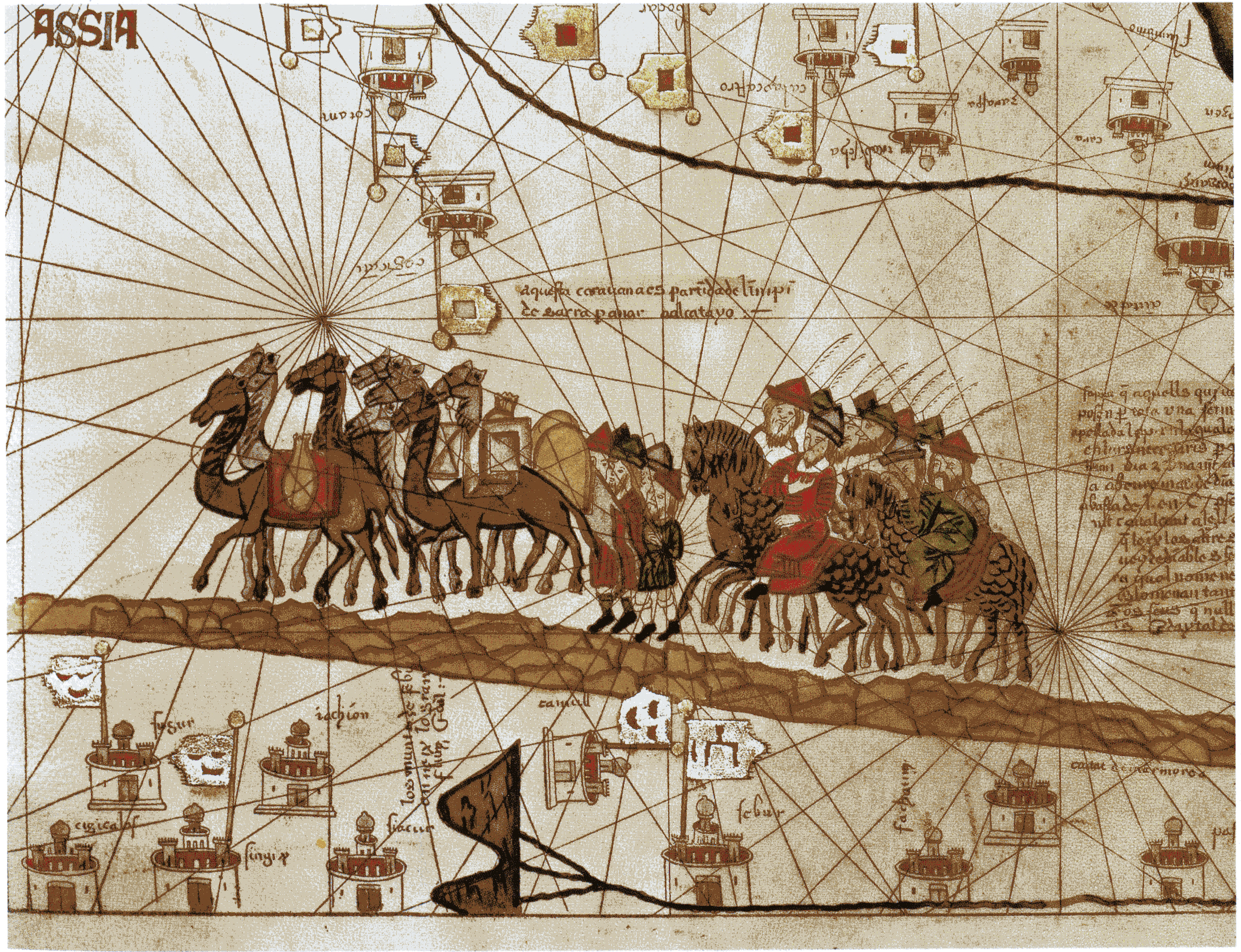 Marco Polo travelling through Asia, from the Catalan Atlas by Abraham Cresques (1375) © National Library of France 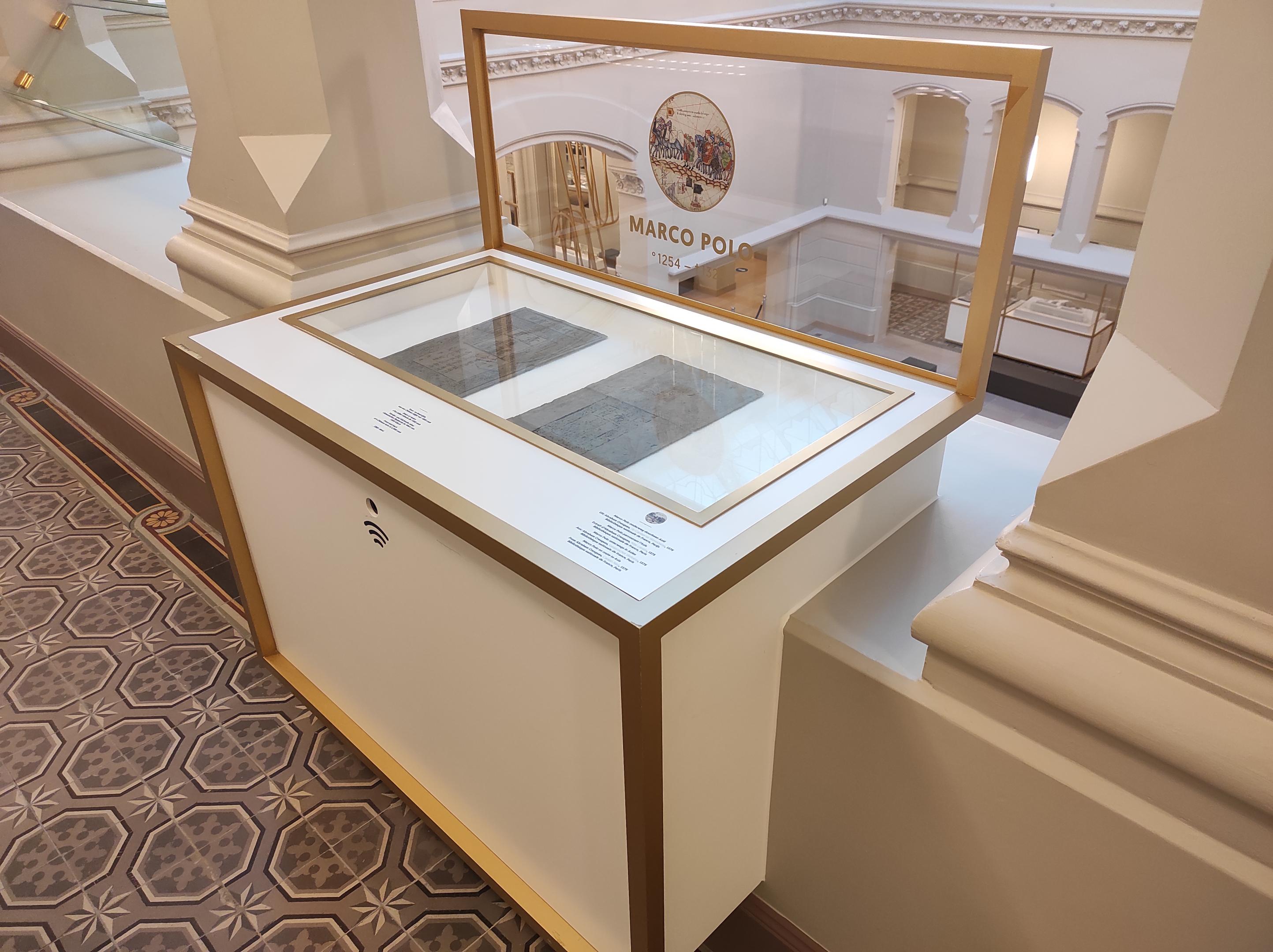 Marco Polo was amused at the thought that, whereas in Europe alchemists had struggled in vain for centuries to turn base metals into gold, in China, the emperors had very simply turned paper into money. Once back home, Marco Polo amply reported about his experiences and adventures in the Chinese Empire but when he talked about paper money, nobody believed him. It actually took a few more centuries before paper money was introduced in Europe. Marco Polo will be proved right in future, as in 1900, Western soldiers found traces of these Chinese notes during the Boxer rebellion.

So, it transpires that the history of paper money in China saw its ups and downs with periods of hyperinflation. This does not rule out the fact that, well before the Western world, the Chinese had the good sense to solve the problems related to booming trade. In fact, if we keep to the concept of paper money as notes issued with a monetary reserve as a warranty, the first documents date from the 10th century. That means the Chinese had a headstart of no less than seven centuries on the Western world!